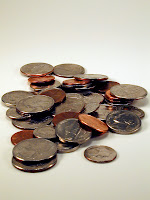 I was recently asked if I could spot a good tipper from a bad tipper by some waiter vibe that I have honed over my years of service. The answer is yes. Yes, I can tell when a person will be good tipper and when someone is a complete and utter piece of shit. I think most servers can do this to an extent, but I am exceptional at it. It takes practice and it's almost like reading someones aura. You have to squint your eyes and look to the soul of the customer to determine the future tip. It's not easy, but it can be done.

Contrary to popular belief, rich people are not necessarily good tippers. My x-ray vision can see right through their Rolex watches, diamond tennis bracelets and fur coats and recognize a cheap asshole or a bitch whore who became rich by hording their money and leaving crappy five and ten percent tips to waiters. I have never waited on Donald Trump, but for the sake of argument, let's just say his tips suck worse than his hairdo. And that hairdo is pretty fucking bad. Here's a tip for The Donald: Hats. Wear 'em. On the flip side, working class folks always seem to tip better. Surely it is because they are used to doing the menial labor and can appreciate the job that a waiter is doing for them. Or maybe there is some rule in the Wal-Mart handbook that says to leave a decent tip and always be nice. It is the only logical explanation really.

If someone looks directly in my eyes to order and knows how to say please and thank you, I can usually expect a decent tip. If they are pleasant to their spouse, their kids, their friends, then I can expect them to be pleasant to me and hopefully the tip will reflect that kindness. There are some exceptions. Nuns. They don't tip well. They can be the sweetest thing this side of Jesus, but expect a quarter at most. I can't blame them. I mean, where do they get their money? What is minimum wage for a nun anyway? They can't be blowing all their cash on tips when they probably get paid with Bible verses, pennies and IOU's from God saying He will make sure they will have a kick-ass mansion when they get to heaven. Generally though, nice people tip better.

Bad tippers usually have a way about them. Maybe they have shifty eyes or they mumble when they talk but you can always smell a bad tipper. No, seriously, they have an odor. They smell like cardamom spice and heavy cream that sat in the sun for a while. Not quite spoiled, but close to it. I also find that really hot chicks with big boobies leave crappy tips because they must think that just seeing their bosoms is enough for me. It isn't. It so isn't. There are also some people who leave other things instead of tips. One thing that popped up in the south a lot were pieces of paper that looked like dollar bills but were actually cards from a church that said things like "Smile, God Loves You" and "You Have Been Blessed!" That shit pissed me off because when I tried to deposit them into my account, it turns out the bank doesn't accept that as money. And I recently read about a guy who was tipped with candy. Seriously? Save that shit for the trick-or-treaters, don't tip me with it.

I guess the point is, all people tip what they want. We all hope for a good tip from the nice lady and don't expect anything from the crotchety old man. Most of the time, the stereotype lives up to itself. Every once in a while, we are surprised by a 20% tip from a crazy looking bitch who only wanted hot water and lemons and yelled about her salad being wrong. But for the most part, we waiters can sense when we will hit pay dirt and when to brush them off. It just takes practice.
Posted by The Bitchy Waiter at 6:28 PM

Bible verses? Now that's interesting.. and annoying. More annoying than interesting. I am the blogger with the candy tipper (which wasn't even good candy it was like a peppermint you get from a restaurant). Also I'm a girl just to let ya know :)

It's just fine, don't worry about it! And thanks for that huge compliment. I love writing and love even more when people think my writing in funny.

So, can you give me some advice on how to get some more followers/views? You seem to be quite successful.. and like I said, I'm new to all of this.

What a fantastic and well written post!
I really got myself an eye opening experience, so thank you.

And I will be putting up your "how waiting tables ruined my dining experience post" tomorrow for the enjoyment of the few readers I have :p thanks for the okay!
xoxo