And Now a Word From Mr. Burns 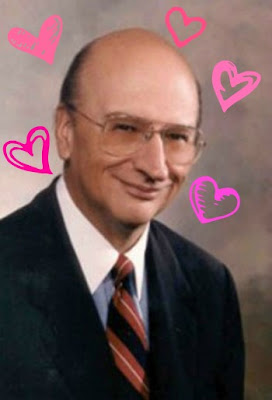 I can't stop writing about the multi-millionaire John Castle who allegedly broke the finger of his waiter, Paul Kucik, when Kucik brought the check to Castle's table. Read about it all here. So far, I have been on the side of the waiter, but in an effort to play fair and in light of new news claiming that Kucik is a convicted fraudster, this post will be from the point of view of John Castle himself. I got a hold of his diary and found the entry for the night that it all went down. His diary has My Little Pony on it and he writes in big flowery cursive.

(Lawyers of John Castle, please note: I am making this shit up so get over yourselves.)

January 7, 2012Dear Diary,After an exhausting day on the yacht with all the underprivileged orphans I sponsored for the day, I took the wife to dinner tonight at Club Colette. I picked out all of her clothes for her and she looked positively fabulous. It has been a while since we have eaten there but I was happy to see that the wait staff was the same as it was the last time we had the pleasure of dining at Club Colette. They are so wonderful and attentive, especially our waiter Paul. I sure do like that Paul. His smile is so sweet and sincere and his fingernails are always impeccable. When we got there, they had our regular table ready and I gave the host a $100 tip for his trouble. Golly, I'm generous! The host is named Albert and he looks like a mature Zac Efron. Really very friendly. I love his dimples, hee hee! I ordered a Fruity Patootey Cosmo (pomegranate vodka with lime juice, pineapple and a pink paper umbrella!) and my wife had a beer. (Gross. Gag me with a spoon, ha ha ha!) Throughout the night, people kept coming up to me and thanking me for various reasons. One lady was thanking me for the monetary donation I made to her school for the blind and another woman thanked me for the hours I volunteered at the food pantry and then a man I HAVE NEVER MET came up and thanked me for something that he said occurred in the rest stop on Highway 95 at the North Congress Avenue exit. I have no idea what he was talking about. I repeat: I DO NOT KNOW WHAT HE WAS TALKING ABOUT! I AM MARRIED! Anyways, back to my dinner at the club. Everything was just okey dokey until the very end when Paul brought me the check. Usually, I just have it added to my account and pay it at the end of the month, but I think my beautiful and gorgeous wife who I love to have sexy time with asked Paul to bring it to the table. I was a teeny tiny bit surprised to see it there, but you know me. I just go with the flow. I'm easy like Sunday morning. No biggie whatsoever. I paid the bill and carried on with my dessert of chocolate pot de creme and fresh whipped cream. Fattening city, but I couldn't resist. I will just have to work extra hard at my Zumba class tomorrow, huh? Ha ha! Right after Paul left with my credit card, I heard a commotion coming from the kitchen. It sounded like someone was in some kind of pain. A bus boy named Julio (who looks just like Ricky Martin during his "Living La Vida Loca" days!!!!) told me that Paul had smashed his delicate and lithe fingers in a drawer, poor dear. I hope everything is alright. It would really be a shame for Paul to lose the use of those perfectly shaped digits even for just one night. How else would he write his orders and carry food to the table? I'm sure he's fine and dandy and is back to normal by now. I will send him some flowers tomorrow just to let him know I am thinking of him. Good night, dear diary. Thank you for listening to me and for always being my best friend. Love,Johnny

Posted by The Bitchy Waiter at 7:38 PM

Fraudster or not, Burns broke his finger. Assault.

As always, very funny. However I would have assumed he would have used the word bestest.

Is it just me, or does he seem to homely to be even remotely gay?

I love your disclaimer. HA!

Every time you post about this man and display his picture, I fall for him a little more. The bastard is strangely adorable.

Sure. Right. He would never lie to My Little Pony.

I can see that My Little Pony diary now, with the pink sparkly pen with a flower on the cap sticking out of it. Great post!

Note: My Little Pony; Friendship is Magic is VERY manly and collecting the toys is a perfectly acceptable hobby. That is all.

John Castle a brony? For some reason, I am not surprised! ;)