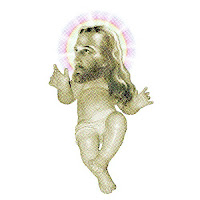 When I go out to dinner and sit on the other side of the menu, I am hyper aware of the service that is given to me. A few days ago I went to a restaurant in Astoria called Vesta and had a religious experience. Lemme give a special shout out to the bartender Megan. Someone told me about the place and thought I would like it since they serve, you know, wine. Call me Kathie Lee Gifford, but I have never met a place that served wine that I didn't like. If I order a bottle of wine and they pour a bit into the glass for me to taste, I always feel a bit douchey as I pretend to consider if it's good or not. Will it give me a buzz? Yes? It's good then. But this place was great And they served their wine from a tap. Has anyone else seen that before or am I just so behind the times?

I sat at the bar because I'm cool like that and Megan came right up and handed me a menu. Never having been there, she gave me the lowdown on the place and the specials and even though she was crazy busy, she was patient and attentive. I liked her already. She asked if tap water was alright and I liked her more. You know how some waiters ask you if you want bottled water or tap but when they say "tap" they scrunch up their face like the water's going to come from the toilet so that you'll feel compelled to spend an extra five bucks on bottled? Yeah, she didn't do that. 'Cause she was cool. I ordered a thin crust pizza with potato, pancetta, caramelized onions, apples & goat cheese and that bitch was the tastiest fucking pizza I have had in a long time. It was also covered in arugula which was kinda weird for me because salad is not my favorite thing, especially on top of a pizza, but I ate it and loved it. When Megan was about to clear my plate that still had some arugula remnants on it, she told me to finish it. "I'm full,"I whined. "Honey, eat it it all. It's salad. On a cracker. You can eat that." I ate it because she was right. And I liked it. A coffee was ordered and she set it down and asked if milk was needed. I told her yes and she turned around and started making espressos and cappuccinos for a bit. Thinking she had not heard the milk request, I was about to remind her when she suddenly appeared with it like a dairy fairy. Of course she hadn't forgotten. She just had her mental list of things to do and the milk went on the list as she completed the things before it. A real pro. For dessert she recommended the Sweet Baby Jesus Cake. We were told by someone that the cake was named that because when a lady tasted it once she said it was better than the sweet baby Jesus so that was what they named the cake. It was divine. And I mean that in a holy way. I now worship at the altar of the Sweet Baby Jesus. The cake though, not the son of God. The cake.

I told Megan I would write about my perfect dining experience but I doubt she will ever read this. (Are you, Megan? Give me a sign. Or give me another piece of Jesus.) I just had to write because it needs to be known that The Bitchy Waiter is sometimes a happy customer. And that night was one of those times. If you're in Queens, hit it up. You will not be disappointed.

Posted by The Bitchy Waiter at 3:30 PM

"....that bitch was the tastiest fucking pizza I have had in a long time." Sweet baby Jesus, you are my favorite blogger ever!

I want some Jesus cake!

If only Jesus had said to the Romans, "You want a piece a me?" the whole world might be different now.

I want some of that pizza. I may have to go searching.

You had me at cake! ...Glad to hear you enjoyed your evening on the other side of the table -- and not an effin brat in sight!
xo The Empress

Awww. You just made me feel all warm and gushy inside.
=-)

I want some Sweet Baby Jesus cake now! Thanks a lot Bitchy Waiter! :(

Hey its megan! You're super sweet! Come by any time! See you soon!

I too have had the delight of eating at Vesta and having the baby Jesus cake. Best. Cake. EVER. Everyone should go.

This blog is without a doubt awesome and informative. idn poker online I have picked up helluva handy advices out of this amazing blog. I ad love to come back over and over again. Thanks!