Germs in a Bowl 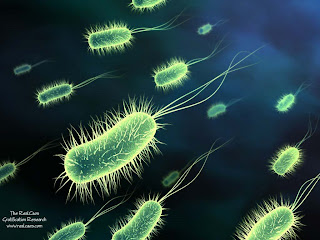 I have discussed how lemons are filthy disgusting germy fruits and also that ketchup bottles make me wanna throw up when I have to use one at a restaurant, but let us talk about another source of bacteria that restaurants and bars seem to turn a bind eye to: those little bowls of pretzels or nuts that sit on a bar top. Who the hell eats that shit? We all know they're there in order to make the customer get thirsty and order another drink, right? It's pretty smart actually. Buy a huge barrel of cheap ass pretzels from Costco for five bucks and then serve them over the course of one night. Joe Blow sits at the bar and wolfs 'em down and in the process buys two more beers that cost six bucks each. I read somewhere that those little bowls of peanuts have more fecal matter in them than an actual toilet. How is that even possible? You may as well just scoop up a pile of dog shit off the sidewalk, pour it into a bowl and call it Goldfish. Think about it. I see men all the time who leave the bathroom without washing their hands and then they're gonna to go to the bar and reach into that bowl of snacks and spread their nasty ass, pee-ridden, feces-covered, germy ass hands all over them. And who the hell doesn't wash their hands after they use the bathroom? They use the excuse that "my penis is cleaner than anything in that bathroom, so why bother?" Uh, because I don't want to eat a peanut that just touched your hand that just touched your dick, that's why. (Side note: I saw a very famous Tony Award winning actor once leave the bathroom without even glancing at the soap. Nasty. And then they probably went right up to the bar and grabbed a handful of free popcorn that was sitting in a bowl.)

A few days ago, I had a small glass of Goldfish at the bar to snack on. It was sitting there on the bar just minding its own business. After the show, I saw a woman from the audience go to the glass of my Goldfish and reach in and grab a handful. "Oh, a snack," she said as she swirled her possibly tampon-touching fingers around my glass of Goldfish. Excuse me? Why would anyone just meander up to some random food and start eating it? What if they were there because I had just swept them off the floor? Or what if I had sprinkled cyanide all over them just to teach someone like her a lesson? (Side note to self: buy cyanide.) I watched her eat a few and then when I was sure she had had her fill, I picked them up and threw them into the trash.

So, should we eat those complimentary snacks at the bar? No, we shouldn't. They are little bowls of contamination that can make us sick. They are disgusting and gross and no one in their right mind should be eating food that can be and is touched by multitudes of people with dirty hands. Will we eat those complimentary snacks at the bar? Absolutely. There is nothing I like better with a beer than a nice salty crunchy bite of bacteria ridden pretzel. Bon appetit!

Posted by The Bitchy Waiter at 1:37 PM

Email ThisBlogThis!Share to TwitterShare to FacebookShare to Pinterest
Labels: bacteria in a bowl of bar peanuts

Germs schmerms. What doesn't kill you will only make you stronger.

Yes, I am that mom who pops the binky from the floor into my own mouth to "clean" it before giving it back to my kiddo.

Feel free to make fun of me now.

Ugh... those snacks on bars are no good. Lots of tiny little particles of poop along with your Chex Mix.

You just made me throw up in my mouth a little bit. Thanks.

I am going to stay anon for this one, for obvious reasons:

Every single restaurant I've ever worked at [Every. Single. One.] has made me sick, looking at the number of people working there who do things that we all pray don't happen with our own food.

My own rule of thumb? If it's free, don't touch it. Basket of bread sticks? Recycled after the last table didn't eat them. Even if Little Johnny played with them, licked them, stuck them in his ear. How are the servers to know which ones were touched? But do we throw them out? Not if a manager is looking.

Pile of rolls brought out hot & fresh? No one bothers with tongs, bc it "saves time."

Salad with shredded cheese, tomato, and bacon? Sprinkled with the same ear digging fingers your server used on the last booger salad.

At a sort of famous restaurant in these parts, a guy told me he dropped the gallon can of catsup in front of the men's bathroom door, the one for employees. The owner told him to take a spatula and scoop it back into the can and then refill the catsup bottles. Before this was related to me, I feared catsup bottle. I worked in a place where they were refilled nightly, but washed about every six months. I demand a fresh bottle of catsup so I can pop the seal when I twist it open or the little packs. Yes, I will tip more for a new bottle of catsup.

By the way, pee is sterile--no germs. I don't know about a penis. I suspect penises are not sterile.

This is so true. I never eat pickles either when served with my meal. I never ask for lemon or limes or anything that is just lying around waiting to be grabbed by grubby hands that haven't been washed in weeks. Hell No! Even though I avoid all of that I am sure I have fallen victim to my food falling on the floor and the wait staff picking up really quick putting it back on my plate making it look presentable again and served to me. Movies like Road trip and waiting just back up why I don't eat certain things when I go out to eat. Either way they still get my money and I still dine out. I just want to add that the word I have to type in to post this comment is "Peamat" I know its not peemat either way it still made me laugh.

ever since Ive had kids I worry about germs and anything nasty. I have three tiny preemies with barely there immune systems so I sterlize the shit out of everything. I hate eating out with them because I know those places could care less if they follow the health code rules. They exist to just make a buck.

same thing with big parties/ bday parties etc at friends houses. Everyone is reching into the same bowl of chips after sneezing, coughing, picking there noses/ears, going to the bathroom not washing there hands or if they do wash there hands they still have to touch the door knob to get out of the bathroom and you know damn well a non washed poopypissed hand has touched that door knob.- Yea yum, I usually use the excuse Im on a diet- thats why I wont eat your germy food.

jeez louise...I won't be eating lemons, ketchup or anything out that is unpackaged from now on, in fact I think I'm going to stay home and create my own germs...btw I wash & scrub my lemons & limes before dumping them in my vodka!

Yep, those "innocent" bowls of snacks at the bar are the MOST disgusting things!! When I used to bartend, it always amazed me to see strangers sitting at the bar and all eating out of the same bowl. It still grosses me out thinking about it... YUCK

I worked in a chinese restaurant that would take the uneaten white rice from the tables and fry it and resell it to other patrons. We would sometimes pick cigarette butts and other shit out of it before they fried it!

@Practical: u r right pee is sterile unless u have a bladder infection/uti.
ok, i am sick to my stomach.. they don't wash the lemons? no more iced tea...omg...as far as those complimentary snacks- i hate double dippers! ewww.

Now I know why I don't do the bar scene any more. While not a germ freak here I totally agree with you.

This is timely with flu season approaching. Servers do you think about picking the menus up off a table and going straight to a terminal to ring in an order. Sharing all of the guest germs with each other. I do not work for the Clorox wipes people.

Ohh God, BW, my boyfriend and I got in a serious argument last night over piss ans dirty pissy hands and then I just happen to read this blog today. We were at a park with our dog and he had to pee before we left. OK, whatever. We were in the car when he realized this and he couldn't be bothered to actually step away into the woods like a normal person pissing outdoors would do, oh no (don't worry, we live in the middle of nowhere in upstate NY, so nobody is going to be subjected to staring at his dick). He opens the car door and stands up and starts to piss. I swear to God this shit started happening in slow motion - as he is "shaking off" I see a drop off piss fly into the air and land right on the fucking door of the car. MY car. So naturally, I start losing my mind, yelling at him to clean up his piss, what the fuck was he thinking, etc. Doesn't this asshole just wipe the piss up with his BARE HAND and proceed to drive home with the pissy hand all over my steering wheel?! He's lucky I love him or I might have seriously injured his man parts. He tried giving me that "piss is sterile" bullshit, but I'm sorry, even the piss of someone I've been with for 15 years is disgusting. Thanks for listening, I thought I'd vent to someone who is as creeped out by germs and bodily fluids as I am